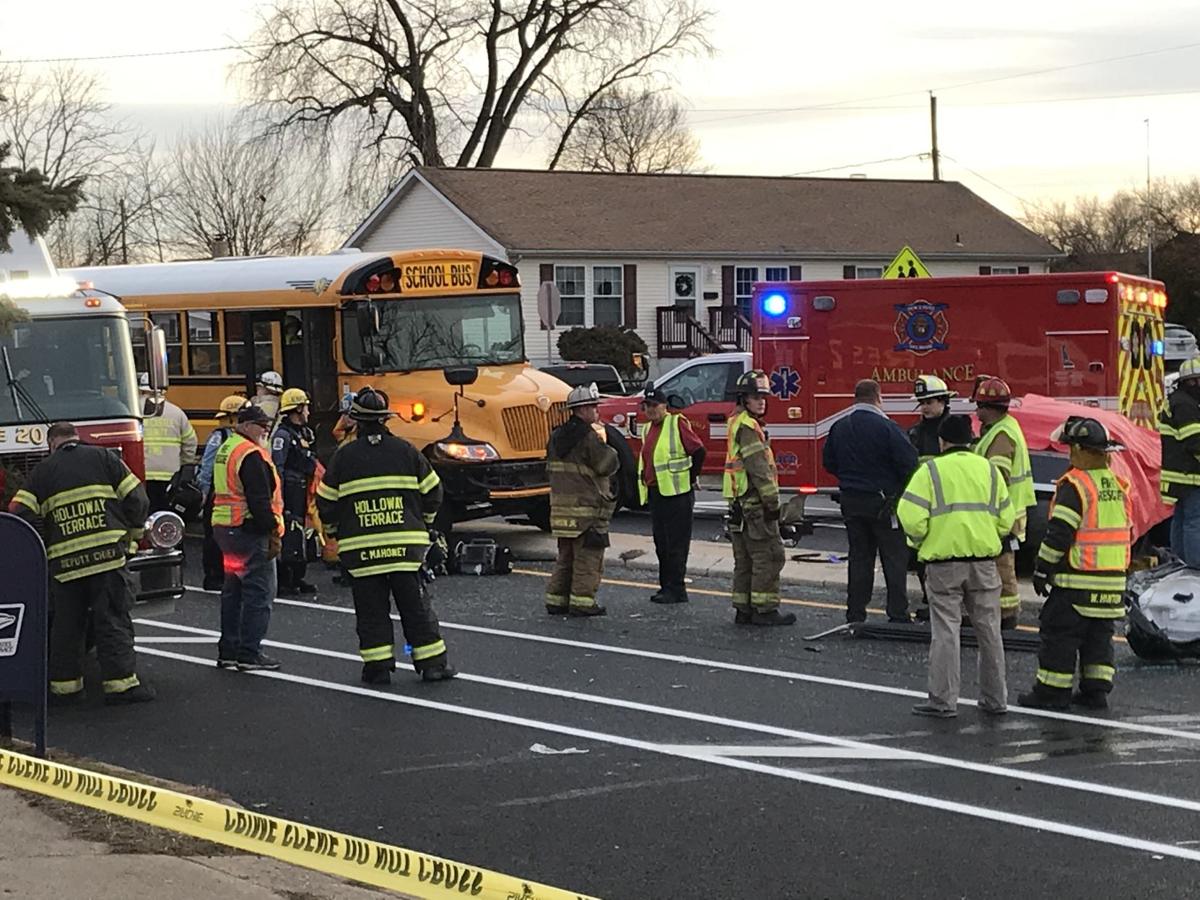 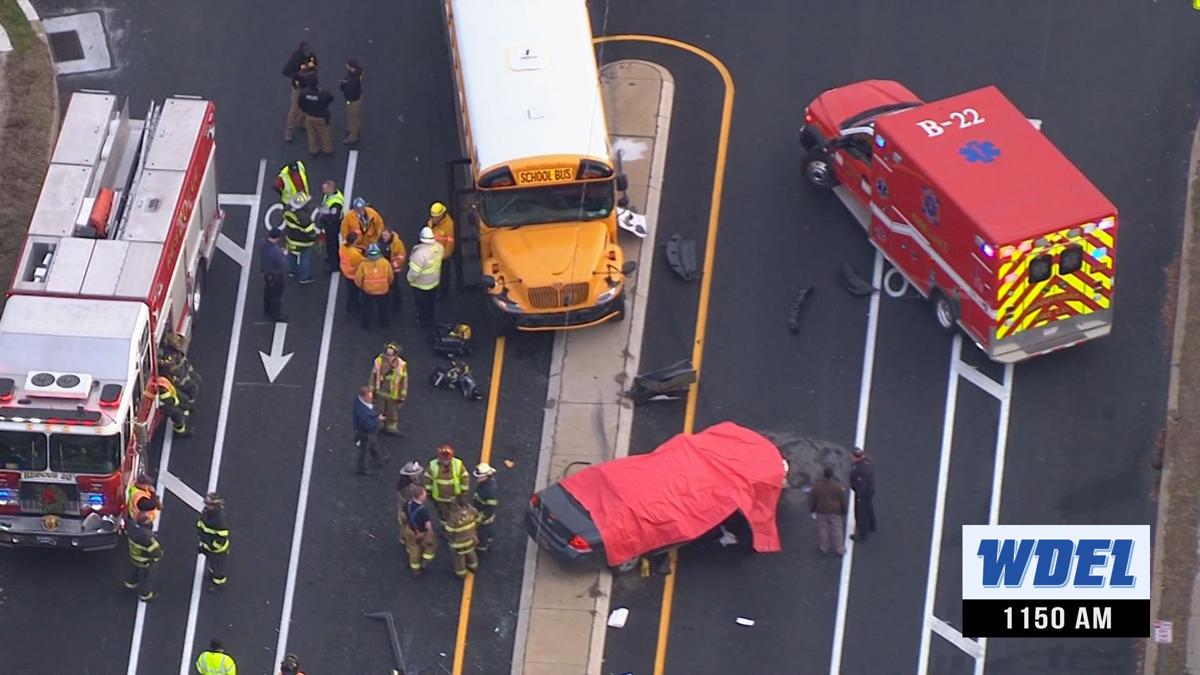 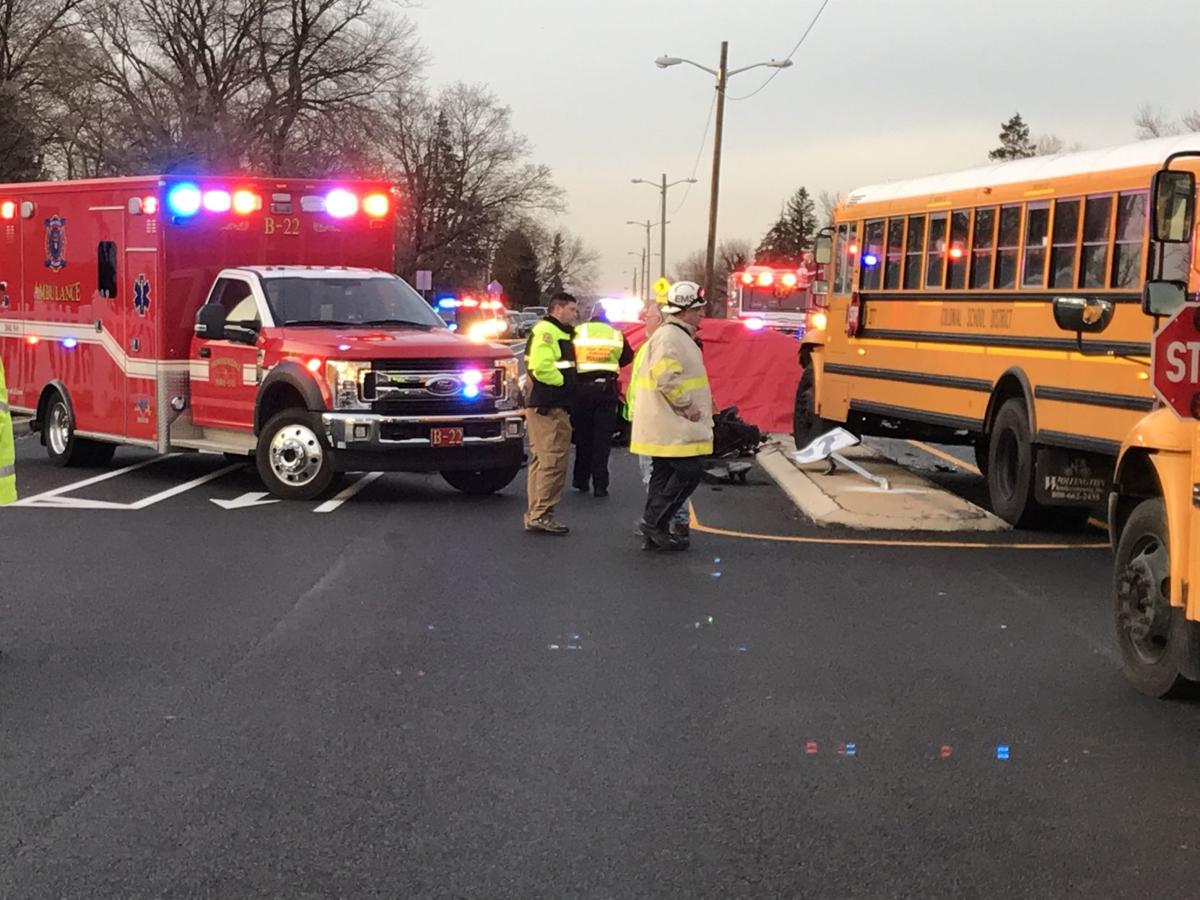 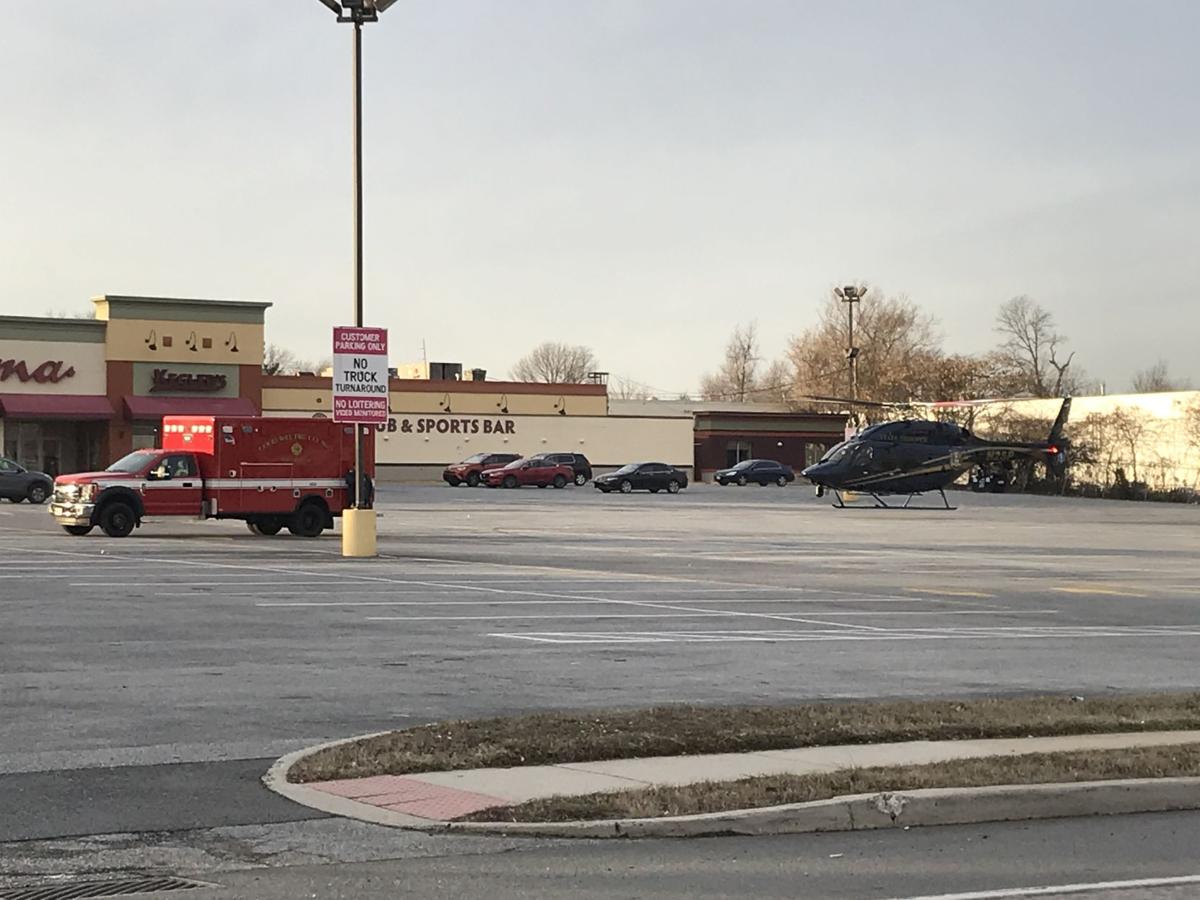 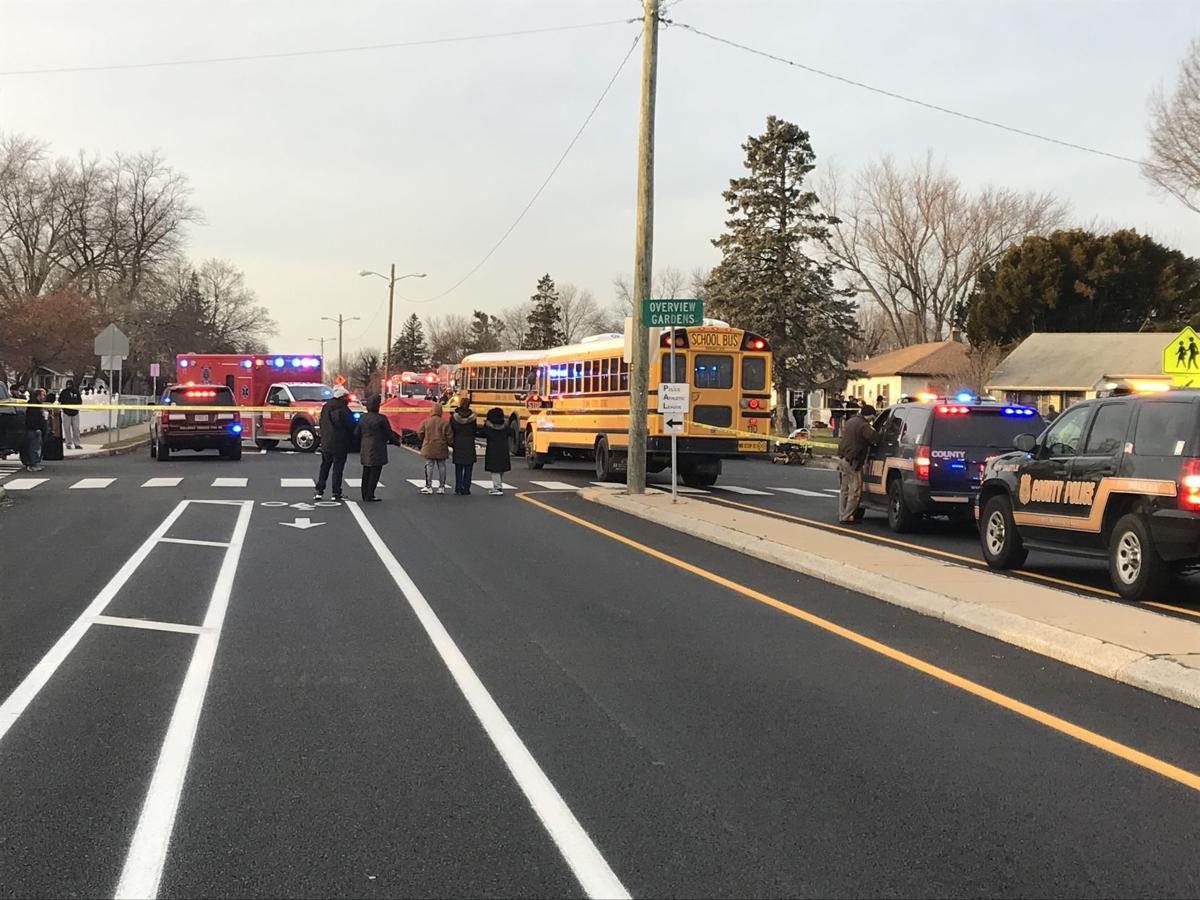 A 16-year-old girl from William Penn High School was killed and five children were hurt in a crash with a school bus in Overview Gardens Thursday.

Police said the 16-year-old driver of the car was pronounced dead at the scene; a second 16-year-old girl suffered life-threatening injuries and was taken by state police helicopter to the hospital, according to county officers

Police said the school bus was transporting children from Eisenberg Elementary school and had 22 kids on-board when the crash occurred.  Two 9-year-old boys on the bus were taken to A.I. du Pont Hospital for Children as a precaution, but were released to their parents.

A school spokeswoman described students on the bus as "physically unharmed" but shaken.

“This is a heartbreaking time for all of us in Colonial Nation. Our thoughts and prayers go out to all of the families involved,” said Colonial Superintendent Dr. Dusty Blakey.

The school will have counselors on-hand to help students cope with the tragedy.

The crash remains under investigation; so far, no charges have been filed.

Dozens of students at William Penn High School crowded the school's auditorium, seeking counseling and an outlet for their grief Friday as the…