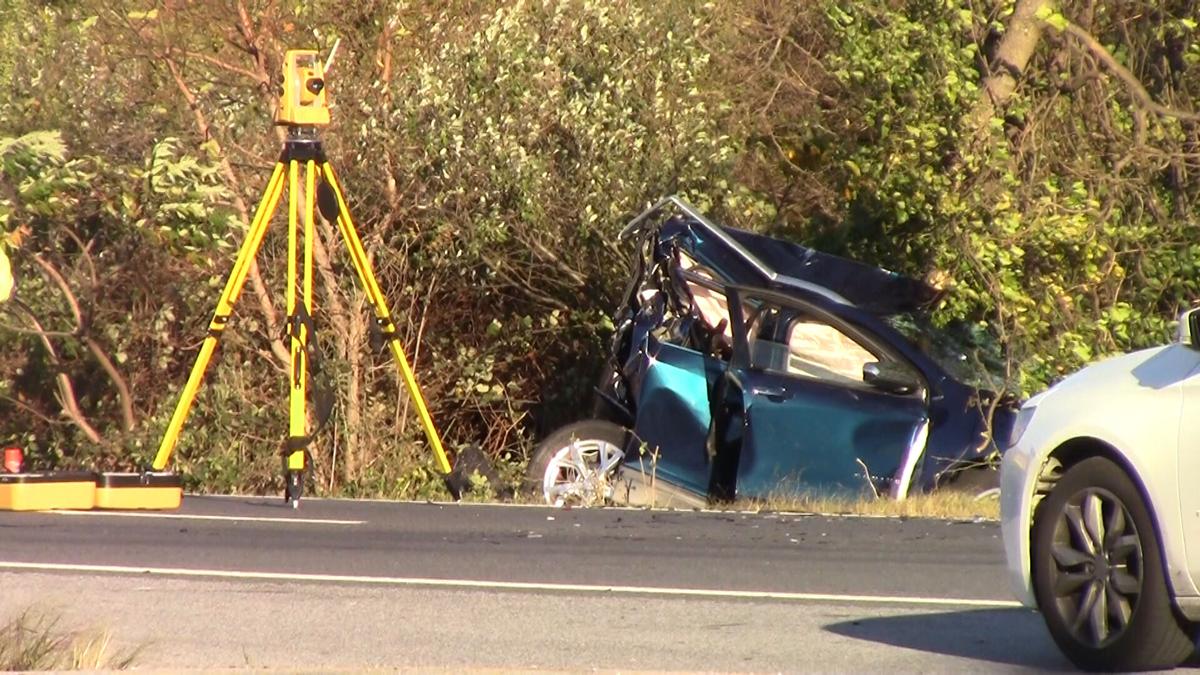 A crash involving a tractor trailer killed two people and closed Route 13 northbound in the area of Tybouts Corner on November 2, 2020 for three and a half hours.

The crash occurred around 1:53 p.m. on northbound Route 13 just north of where it splits from Route 1 approaching Hamburg Road.

A tractor trailer slammed into the back of a passenger vehicle that was stopped at a red light, trapping both people inside.

The force of the impact crumpled the back of the four door vehicle almost all the way to the front door post, and sent the car off the road and into a tree.

Christiana and Delaware City firefighters cut the victims out of the wreckage.

They were treated on the scene by New Castle County paramedics before being taken to Christiana Hospital where they were pronounced dead.

Delaware state troopers say the victims were a 72-year old woman and a 75-year old man from Ocean View. Their identities have not been released.

Fall at the Capitol

Autumn leaves blanket the lawn of the Capitol in Washington.